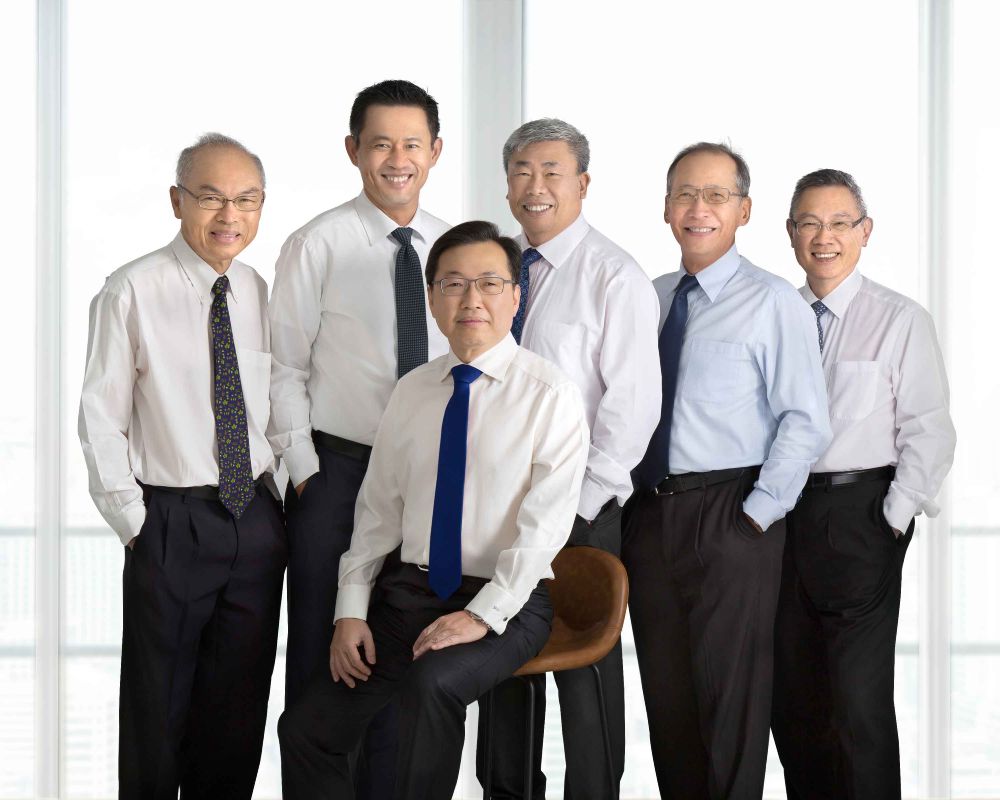 Board of Directors and Key Management

Dato’ Gooi Soon Chai is our Chairman and Non-Independent Non-Executive Director. He was appointed as our Director on 10 February 2015 and as the Group’s Chairman on 10 August 2016. He is also a member of our Remuneration and Nominating Committees.

In an illustrious career spanning 30 years, Dato’ Gooi has amassed a wealth of experience and extensive network of contacts in the global technology industry. He is presently Senior Vice President of Keysight Technologies Inc., and President of Keysight’s Electronic Industrial Solutions Group, driving Keysight’s business across a broad set of electronic industrial end markets, focusing on high-growth applications in automotive and energy, consumer electronics, education and semiconductor industries. He also oversees Keysight’s global operations in Order Fulfillment & Information Technology across the USA, Europe and Asia.

Dennis Au was appointed as President of our Group on 5 May 2015 and as our Executive Director on 28 April 2016. He is responsible for charting the Group’s strategic direction, setting the organisation’s goals, overseeing its global operations and driving its performance.

In addition to his role as the Group’s President, Mr Au also holds the position of Chief Executive Officer of the Mechatronics Division, and oversees the division’s business development and expansion plans in Europe, Asia and the USA.

Mr Au has over 30 years of experience in the high technology industry for aerospace & defense, automotive, communications and semiconductor markets. He was previously a Vice President and General Manager of Keysight Technologies for the Korea and the South Asia Pacific region. Prior to that, Mr Au was Vice President and General Manager with Agilent Technologies and was also formerly Regional Manager for Hewlett Packard’s HiVolume Manufacturing Test Solutions for Asia Pacific.

Mr Au holds a Bachelor of Engineering (Electronic, Electrical and Systems) from the National University of Malaysia.

Chia Chor Leong is our Independent Non-Executive Director. He was appointed as our Director on 22 September 2004 and is the Chairman of the Nominating Committee and a member of our Audit and Remuneration Committees.

Mr Chia had served as the Chairman of the Criminal Law Advisory Committee (Review) of the Ministry of Home Affairs, Singapore, and as a member of the Singapore Road Safety Council. He is the Chairman of the External Placement Review Board and a member of the Independent Review Panel, under the Ministry of Home Affairs. In recognition of his voluntary public service since 1987, Mr Chia was awarded the Pingat Bakti Masyarakat (Public Service Medal) in 2000 and the Bintang Bakti Masyarakat (Public Service Star) in 2007.

Ling Yong Wah is our Lead Independent Non-Executive Director. He was appointed as our Director on 12 May 2005. He is also the Chairman of our Audit Committee and a member of our Nominating Committee. Mr Ling has over 25 years of business and management experience. Mr Ling is currently the Chief Executive Officer of Vallianz Holdings Limited. Prior to that, he was a partner at a private equity firm and also held various roles including board seats in companies listed on the Singapore Stock Exchange and Hong Kong Stock Exchange. Mr Ling holds a Bachelor of Economics from Monash University in Melbourne, Australia and is a member of the Institute of Chartered Accountants in England and Wales.

Yeo Jeu Nam is our Independent Non-Executive Director. He was appointed as our Director on 1 November 2010 and is the Chairman of the Remuneration Committee and a member of our Audit Committee.

Before retiring, Mr Yeo was the Managing Director and founder of Radiance Consulting Pte Ltd. Prior to this, he was a Senior Consulting Partner at Ernst and Young Consultants Pte Ltd for over 12 years. Mr Yeo has more than 25 years of consultancy experience, specialising in Strategic Change and Organisational Transformation, Integration Management and Organisational Realignment, Corporate Regeneration and Restructuring, Business Performance Improvement as well as Human Capital Solutions. He has advised numerous private and public sector companies from a broad spectrum of industries. Mr Yeo has a B. Soc. Sci (Class II, Upper Hons) degree from the University of Singapore. He is also an alumnus of INSEAD.

Mr Yeo also sits on the board of another company listed on the Singapore Stock Exchange.

Melvin Chan Wai Leong is our Independent Non-Executive Director. He was appointed as our Director on 27 April 2017 and as a member of our Audit Committee on 1 November 2017.

Mr Chan has more than 25 years of operational and business experience in the semiconductor and electronics manufacturing industries, as well as extensive working experience in the Asia Pacific region, Australia, New Zealand, China and India. Mr Chan is currently the Managing Director of Synersys Capital, a firm providing business consultancy and advisory services. Prior to him assuming the advisory role, Mr Chan was the Director and Chief Executive Officer of Ellipsiz Ltd, a SGX Mainboard-listed company. Mr Chan started his career as an engineer at Hewlett Packard and moved on to hold various senior management positions at Electronic Resources Limited (ERL), Ingram Micro, iNETest Resources and Ellipsiz Ltd.

Mr Chan holds a Bachelor’s degree in Electrical & Electronics Engineering and a Master of Business Administration degree from the National University of Singapore.

David Chin Yean Choon is the Chief Financial Officer of our Group. He has overall responsibility of the treasury and cash flow management, risk management evaluation, corporate finance, audit and tax compliance, systems, in addition to the financial reporting of our Group.

He has extensive exposure in financial management, having held several key positions in various other companies both in Indonesia and Malaysia. In 1970, he commenced his professional training in United Kingdom as an accountant with Jacob Cavenagh and Skeet before moving on as a tax senior in Coopers & Lybrand. In 1978, Mr Chin returned to Malaysia, where he held the positions of Financial Controller (or equivalent positions) with various companies in Malaysia. Between 1992 and 1996, he was the Financial Planning Advisor for the Bumi Raya Utama Group, a group of companies based in Indonesia. From 1996 to 1998, he was the Vice President, Finance, for P.T. Smart Corp., another group based in Indonesia. In 1999, he joined the Asian Agri Group, a large Indonesian plantation group, as its Group Financial Controller. Mr Chin joined our Group in 2002.

Wang Liang Horng joined our Group since 2015 as Vice President, Operations. He is responsible for providing operational leadership for all the Group’s key programs, enhancing the relationships with customers worldwide and overseeing the implementation of strategic initiatives at both our business divisions.

Mr Wang has over 20 years of experience in the semiconductor equipment and high technology industries. He was previously General Manager of the Electronics Manufacturing Test (“EMT”) business at Agilent Technologies (current Keysight Technologies). His responsibilities included managing the field operations in India, Korea and the South Asia Pacific region, as well as managing and developing the EMT business in entire Asia Pacific. Prior to that, Mr Wang was with HPQ where he held key positions in R&D, product marketing, division and field business development, sales and channel partner alliance management for the Asia Pacific region.

Mr Wang holds a MBA in Marketing and Finance from Oklahoma City University, USA and a honours degree in Electronics and Electrical Engineering from Nanyang Technological University of Singapore.

What Can We Help You With?

We are your one-stop solution for integrated technology.

机电工程（机电一体化）
精密工程塑料（集成制造服务）
机电工程
（机电一体化）
精密工程塑料
（集成制造服务）
This website stores cookies on your computer. These cookies are used to collect information about how you interact with our website and allow us to remember you. We use this information in order to improve and customize your browsing experience and for analytics and metrics about our visitors both on this website and other media. To find out more about the cookies we use, see our Privacy Policy.

If you decline, your information won’t be tracked when you visit this website. A single cookie will be used in your browser to remember your preference not to be tracked.